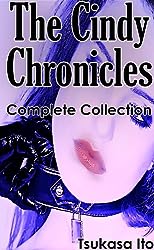 The collection ranges from to the present and includes zines and minicomics on a variety of topics. Concentrations include identity politics especially riot grrrl, people of color and LGBTQ topics , sexuality and reproductive rights, punk rock, anarchism, activism, alternative lifestyles, creative writing, and popular culture. The collection is arranged alphabetically by publication title, and then chronologically within each title from earliest to latest. A brief description of each publication's content is provided, and links to web versions are available in some instances.

American poetryth century Anarchism Comic books, strips, etc. Access Restrictions: This collection is open for research. Copyright resides with the creators of materials contained in the collection or their heirs. At the conclusion of the war, Iraq was dictated some very specific terms by the U. N in exchange for Saddam remaining in power. We have come to discover that many of our bold and fearless Allies were giving Saddam access to all sorts of evil little tokens of their appreciation, and golly, it was a great day for everyone.

And of course, by then the graft was in full swing, and Saddam had the U. Meanwhile, American and British pilots who were chosen to do the hard work because they COULD were regularly being SHOT AT during their no-fly zone missions, and from any objective point of view, this was justification enough to roll into Baghdad and finish the job. We did not. Bill Clinton continued chopping our military and intelligence assets into bite-sized political estates, and enjoyed his interns.

Iraq, as a proven supporter of terrorist groups in a myriad of ways and who had long since proven themselves incapable of playing by any civilized rules, became a prime target in this new war.

Fast forward again. We are engaged in a prolonged perhaps decades-long real, live shooting war. The campaign in Afghanistan, and the toppling of Saddam were simply two missions among the many to come. A mission is defined as a specific action undertaken as part of an overall operation, which in turn is part of an overall campaign. The mission was accomplished. The campaign was just starting, and is only now underway in earnest.

What is the purpose of the campaign, you ask? But there is a problem: terrorists are very much like cockroaches. They hide behind children and toss bombs into pizza joints, and it is therefore sort of difficult to engage them in traditional battlefield terms. What to do? Exactly what we are doing: using Iraq as a base of operations that allows traditional military strikes and most critically, covert operations designed to slowly and inexorably identify the habits, weaknesses, command structures, and full nature of the terrorist culture in the Middle East.


Then we kill them. It is the covert side of the war that is the most important and the least understood by most folks. It is not transparent thank God to the flakes in the media, and this drives the media nuts. But we have another little secret, too: Military operations by nature rely on keeping the enemy guessing, and whether we like it or not, the commanders are going to keep their mouths shut about the true nature of their business. Understand the over-arching strategy: We are drawing those who are disposed to commit terrorist acts to our military forces in-country instead of to Detroit.

They cannot resist the opportunity, and Bush knows this. He knows that the only way to kill roaches is to offer them a big fat cupcake and wait for them show their heads. Catching on yet? Judging this war by any traditional political or military standards will lead to false conclusions, because this truly is a new kind of war, a type that has never been waged before. It is painful, demoralizing, costly, uncertain, as every war is and always will be , but it is absolutely necessary.

I have lost, personally. So have many I know. I am not a Bushite. Fair enough so far? I have just touched the surface. Fire away. Mr Ebbitt, I am so delighted that you have finally got to the crux of the matter. Little Johnnie Howard finds women in burqas confronting. To me that says more about Johnnie than the burqa. On the other hand, many find the commercials on TV confronting.

There is one here in Australia which is shown in prime time depicting a young man playing with his kitten Freud would love that. The thing is he is throwing tampons for the kitten to catch. Further to that, I won't go into the paradigm of the objectification of women in selling everything as it isn't truly in my area of interest, except that I am a woman and one of my majors was Communications. What is that phrase again? Mr Ebbitt, thank you for your explanation.

I can see why Mr Miller reverted to the 'hah! I know and you don't so now I can patronise you' form of discourse. To think that those living in Jonestown queued to partake of the 'poisoned challice' just as the closed-minded illiterati queued to swallow the lies of Bush, Blair and Howard. Although, by the numbers in Australia who protested against our involvement I am doing my fellow citizens a disservice.

As I said earlier, we are very proud of our soldiers even though we may condemn the situation they are in. As for those who swallowed the lies in the US I can't truly condemn them as they are ill-served, not to mention ill-informed about the rest of the world in so many ways. Why do you men keep putting me in the position of defending Ms Chew by your arrogance and stupidity? I can see why you want "simple language" as it seems beyond you to analyse anything without pictures! Mr Feuerbach, I couldn't agree more with the above.

I found it significant that Mr Clarke singled me out as the 'lone female' in this and most other threads. Going by the treatment meted out to myself, I can only conclude that this is a 'closed shop' - only one gender need apply! However, I must be a gender hybrid not androgynous, I assure you because if I wasn't I would have scurried away long before this.

I can only put this down to my early upbringing as an only child and the only girl although not what would be considered a tomboy in a street full of boys. You see, fellas, you don't scare me! 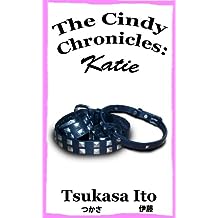 I know all your secrets! Mr Feuerbach, When one reads the examples which Ms Chew uses, and I have no reason to doubt her examples as they appear to me to be borne out each night on the TV news, one can't help but empathasise, firstly, as a fellow human being; and, secondly, as a woman. It is as a human being that I have attempted to follow this debate. To see the pictures coming out of Iraq, and thank goodness we Australians have access to media not as heavily censored as yours seems to be, would make anyone, even the Millers and the Willis's start to question 'why are we there'!


To be 'freed' by such methods is a strange freedom indeed! To use Little Johnnie Howard as an example of a patriotic Australian merely shows your lack of knowledge of Australian current affairs. John Howard has managed to win several elections on the trot. He achieved this by what you would probably call 'brilliant political nous' but what was really shabby lying and bribery.

To call him a patriot curdles my milk as he has achieved something which no other Prime Minister has - he has managed to split himself in half and crawl up both the English Monarch and the US rulers backsides, leaving not even his shoelaces visible.

John Howard promised a 'more relaxed and comfortable' Australia. He is known as the ugg boot Prime Minister. His relaxed and comfortable Australia means privatisation, job losses, utilising the dirty tricks of, and pandering to, the religious right, scandals, arrogance, and a move to the right worthy of Ghengis Khan. His only saving grace is that Her Majesty's Loyal Opposition is in total disarray and therefore unelectable.

However, I do not wish to digress. I am not the one with the closed mind, indeed, I would say that yours is not only suffering with that condition but is also indoctrinated to a fine degree. As it should be if you are to be an effective soldier.

Good Lord! Imagine if you had to enter a combat zone unsure if what you were doing was right. You would be dead in a minute. Keep your illusions that you are fighting a just war for the betterment of humankind. Bechtel, Haliburton et al demand it! I agree with Mr. Miller when he counterargues, "To connect thousands of years of human history, across virtually numberless and different cultures, epochs, religions, social, economic and political organizations, and to tie these to the Iraqi War" is a stretch.

Again, I think that discussing if war is sexist or not is a waste of time.